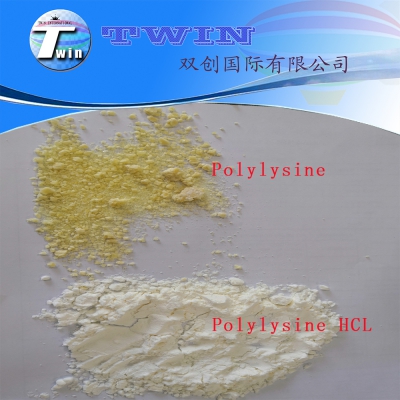 Usage:The additive may be applied in bakery, confectionery, culinary, dairy, fruits and vegetables, meat, poultry, seafood as a preservative.

Remark:We may make special specification according to customer’s requires.

ε-Polylysine is a food preservative manufactured from a fermentation process using Streptomyces albulus under aerobic conditions. It can inhibit the growth of Gram-positive and Gram-negative bacteria, yeasts, moulds, bacteria, etc.

ε-Polylysine is a homopolymer of L-lysine, one of the essential amino acids. It is linked by peptide bond formed with α-carboxyl of L-lysine and ε-azyl from other L-lysine.

ε-Polylysine is hygroscopic, light yellow power. It is soluble in water, slightly soluble in ethanol, insoluble in organic solvent such as ethyl acetate, ether, etc. The molecular of ε-Polylysine is a straight chain polymer of lysine. It can decompose to lysine in human body, and can be completely digested to absorption by the human body. ε-Polylysine can inhibit the growth of G+ and G- bacteria , yeast, mould, virus, etc., especially inhibit the G- bacteria which can’t be easily inhibited by other preservatives, such as E.coli, Salmonella, and also can inhibit the thermophilics, such as B,stearothermophilus. Its activity is not affected by pH, and stable when heated (120°C for 20min). Therefore, it can be sterilized along with the raw material.

ε-Polylysine is food grade and meets FAO/WHO specifications. It is certified as GRAS (Generally Recognized As Safe) by the US FDA with US GRAS No.: GRN000135. Currently, ε-Polylysine has approval as a food additive in China, Korea, Japan, USA and some more countries. 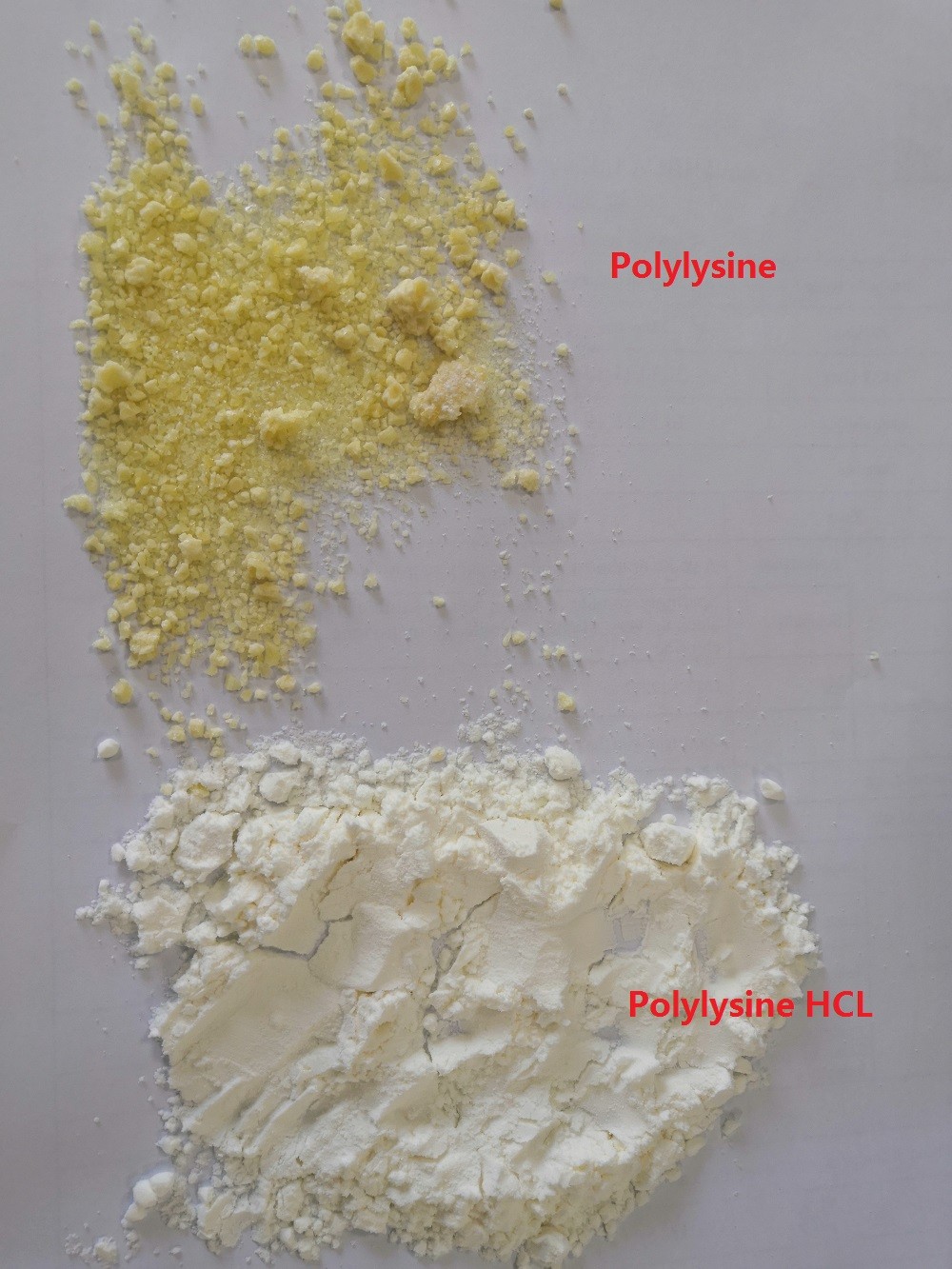